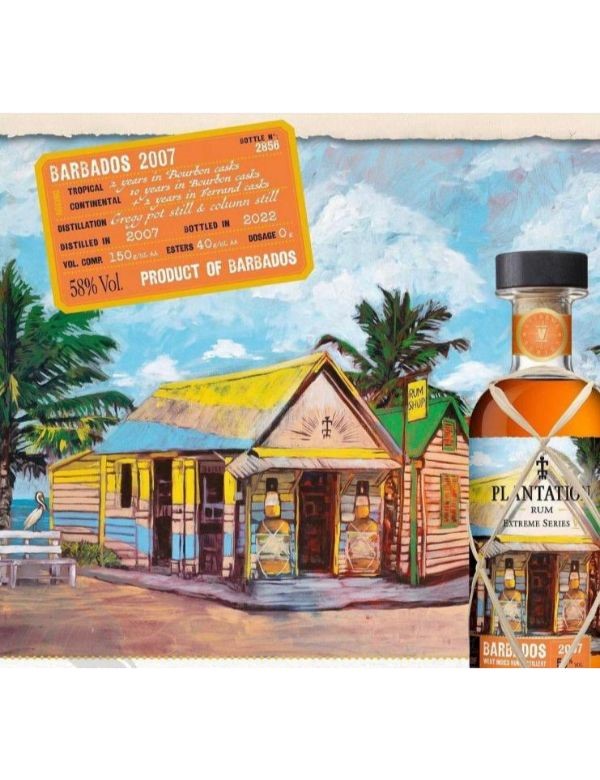 This Barbados 2007 rum from the Extreme Series of Plantation was aged for 14 years in ex-bourbon and ex-cognac casks and bottled at 58%. This series is selected for its incomparable quality.

“Each Plantation Rum Extreme Bottle is a rare and exceptional collector’s item. We select these rums for their incomparable quality and bottle them straight from the cask to capture their remarkable character. The Extreme Series V spotlights three limited editions, all distilled at West Indies Rum Distillery in Barbados, the island where rum was born. These expressions – From 1986, 2000, and 2007 – are ambassadors of Barbados’s ebullient culture of rum.

West Indies Rum Distillery was founded on Brighton Beach in 1983 by George Stade, a genius inventor whose dream was to make the world’s best rum. His secrets are preserved in archives in the Distiller’s Vault at W.I.R.D. Today, Alexandre Gabriel, Plantation Rum Master Blender, revives this spirit of innovation with a constant stream of experiments in fermentation, distillation, and ageing, exploring ancestral techniques with fresh eyes.